After I rejoined the business in 1960 I realized that wine would become a consumer good, and with my British cousin Walter decided to create a wine brand, which could be easily recognized and would be blended to suit almost any dish. We were highly successful in creating one of the first international wine brands, using a label design which we had introduced in 1929, but without giving the label a brand identity. 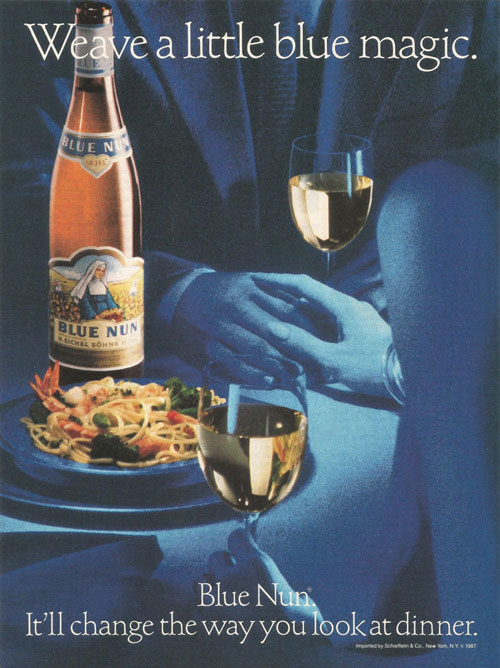 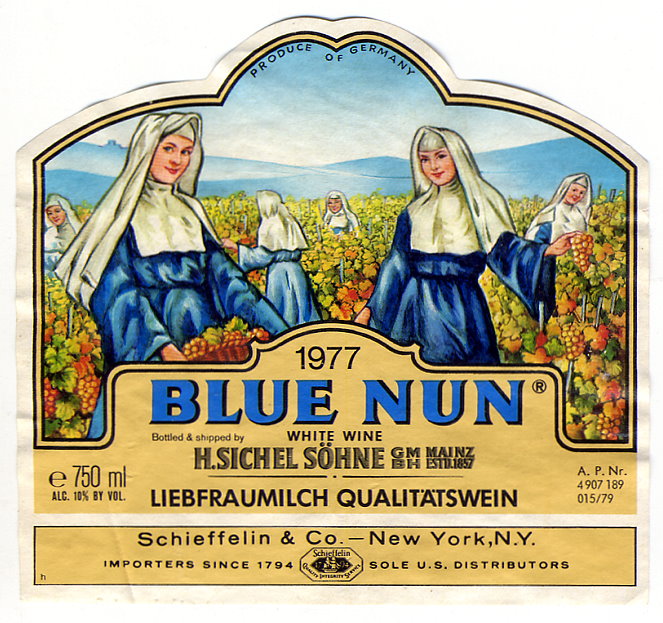 Blue Nun is a German wine brand launched by the company H. Sichel Söhne (Mainz) in 1923 with the 1921 vintage, and which between the 1950s and 1980s was a very popular international brand. For most of its existence, Blue Nun was a single German wine, which until the late 1990s was classified as a Liebfraumilch, but the name is now used for a whole range of wines of various origins. When it was created, the label was designed as a consumer-friendly alternative to the innumerable German wine labels with Gothic script and long, complicated names. With the creation of its UK office in 1927, Sichel targeted the export market. Beginning in the 1950s, Blue Nun was advertised as a wine that could be drunk throughout an entire meal, thereby eliminating the often intimidating problem of wine and food pairing. Blue Nun can be said to have been the first wine to have been produced and effectively marketed with an international mass market in mind.

After World War II, the brand became spectacularly popular in the United Kingdom and the United States, selling for the same price as a second growth red Bordeaux wine. At its peak of popularity in 1984–1985, annual sales in the US were 1.25 million cases, with another 750,000 cases sold elsewhere.

During the 1970s in the USA, a series of radio adverts promoting the wine were produced, featuring Stiller and Meara.